Life settlements – what are they and why should investors be interested? A secondary market in the US and certain other countries’, life insurance policies have been around for several decades, and are not quite the niche they once were. This publication spoke to a firm operating in the space.

The hunt for an asset class that doesn’t move in the same way as others is a constant wealth management diversification quest. The secondary market for life insurance in the US is a potential solution, so advocates say. With interest rates low or even negative, and vanishingly tiny bond market returns, this area deserves attention.
Investment houses such as Apollo, KKR, Carlisle, Blackstone and others have entered into the game, which remains an overwhelmingly North American one because US and Canadian laws enable such a market (a third is in Germany). (In the US, 45 states regulate transactions in such life policies.) Non-Americas investors, however, such as those in Europe and Asia, are waking up to this area, a Nordic region-based firm argues.
Life settlements can be seen in many ways as an alternative form of fixed income, Jonas Martenson, founder and sales director, Ress Life Investments, told this news service recently. (Ress Life Investments, which is managed by Ress Capital, is listed on the Nasdaq Nordic market.) Martenson and colleagues are cranking up their campaign to win clients.
Life settlements involve selling a life insurance policy to a third party. The buyer, who takes over ownership of the policy, takes over the premium payments in exchange for the death benefit when the insured dies. US legal rulings have allowed life policies to be traded with the same ease as bonds or stocks. In the 1980s, the market was stimulated by AIDS victims cashing out policies early. As
the market developed it drew controversy and the kind of tags that might give pause, such as a “morbid niche” (US News, August 2017), but awareness of its benefits has grown. As many people allow their policies to lapse rather than claim back some of their premiums, defenders of the market say they are doing millions of financial consumers a favour.
An insured may choose to sell his or her policy instead of surrendering it to the insurance company because an investor will typically pay more for the policy, usually 10 to 25 per cent of the death benefit. The real driver of the sector has been retired people who did not need the money. In the US, nine out of 10 policies lapse and are not called, Martenson said.

The total life insurance market is about $20 trillion in face value – a huge field and the estimated volume of policies that are sold is $4-5 billion annually.

After fees, life settlements generate returns of between 7 to 8 per cent, a consistent level that’s very appealing at a time of low/negative rates and when people seek assets that aren’t correlated to stock, bond and other markets, he said.
The Ress Life Investments portfolio contains about 300 life insurance policies, with a total face value of more than $680 million. The fund has monthly subscriptions and redemptions. There is a fixed management fee of 1.5 per cent per annum and a 15 per cent performance fee above the hurdle rate (4-week US T-bill + 1 per cent) with high water mark. The annual performance fee is capped at 1 per cent

From niche to larger
Martenson, who has worked at a variety of financial organisations – Merrill Lynch, Schroders and Hypovereinsbank, among others – said that he came across life settlements as a market when he was working at Merrill Lynch. Martenson worked with a Swedish family offices and launched a life settlement fund in 2011, developing a strategy with some external investors as well as from the family office. The pension fund of Volvo got involved.
“Five years ago we wanted to expand more around Europe and into Asia. This is a very international asset class,” he said. The business has raised $185 million of capital.
However, the market has faced challenges, Martenson said. The US life insurance market has strong lobbying power and firms don’t like life settlements and how people are made aware of the way in which these policies are sold.
The devil in such investments is the detail. With life settlements, managers must accurately measure mortality rates. If mortality is misjudged – people live longer than expected – then returns to those buying life policies will be squeezed. This factor is constantly reviewed. Asked about the sensitive subject of COVID-19 and any impact on mortality rates, Martenson said the number of policies in his portfolio aren’t large enough for the pandemic to affect mortality calculations.
Awareness is growing, Martenson said. In Asia, family offices in Singapore have been interested, he said. His firm is planning to take on additional staff and expand so that it can raise more capital.
The asset class, his colleague Cristina Lugaro told this news service, appeals at a time when some asset classes such as hedge funds are seen, in areas such as Scandinavia, as having failed to deliver.
People should not conflate LS with Catastrophe Bonds, (“CAT bonds”) have very different cash-flows and pay-out structures, she said. For a life settlements portfolio, premiums are paid continuously and when a policy pays out the net asset value increases. This is opposite to most other asset classes where values increase gradually and then suddenly drops when a correction occurs.
As the North American and German markets have been made possible in part by legal rulings enabling policies to be sold to third parties, investors and advisors should, of course, keep an eye on any attempts by lawmakers to interfere with this.
FINRA, the US regulatory and industry body, issued this comment about the sector in its advice to clients: “Life settlements have proven profitable not only for institutional investors that purchase policies, but also for the providers and brokers who handle these transactions. As a result, competition among life settlements providers for individuals seeking to sell or otherwise terminate their life insurance policies has become increasingly intense.”
The organisation gave this advice to older citizens thinking of selling their policies: “Life settlements can be a valuable source of liquidity for people who would otherwise surrender their policies or allow them to lapse – or for people whose life insurance needs have changed. But they are not for everyone. Life settlements can have high transaction costs and unintended consequences. And even if you decide a life settlement is generally right for you, it can be hard to tell whether you are getting a fair price.” At a time when, as Martenson says, nine out of 10 policies are never called, it is easy to see why a secondary market is gaining an audience, whatever the occasional growls.

We have since 2011 bought a diversified life insurance portfolio on behalf of Ress Life Investments, which is listed at NASDAQ Copenhagen. Proprietary portfolio management systems and pricing models have been developed. The company also collaborates with independent medical underwriters specialising in senior mortality.

The management team has complimentary backgrounds and international experience from having worked at major banks, institutional investors and hedge funds. The board of directors consists of both successful entrepreneurs and senior managers with extensive experience from the financial industry.

Attractive risk-adjusted return – the target return is 7% per annum in USD without any leverage.

Risk diversification – the return profile of the life insurance portfolio is characterised by low correlation to other asset classes, which makes the strategy attractive for investors seeking risk diversification.

Exchange-traded – the company is listed at NASDAQ Nordic and a market-maker provides daily prices.

Ress Life Investments A/S is admitted to trading and official listing on NASDAQ Copenhagen. The company’s short name is RLAINV, ISIN DK0060315604. Current share prices can be found under the segment – Alternative Investment Funds on  NasdaqOMXNordic.

Danish and Swedish retail investors and professional/accredited investors may also subscribe for shares on a monthly basis at the company’s current net asset value per share. 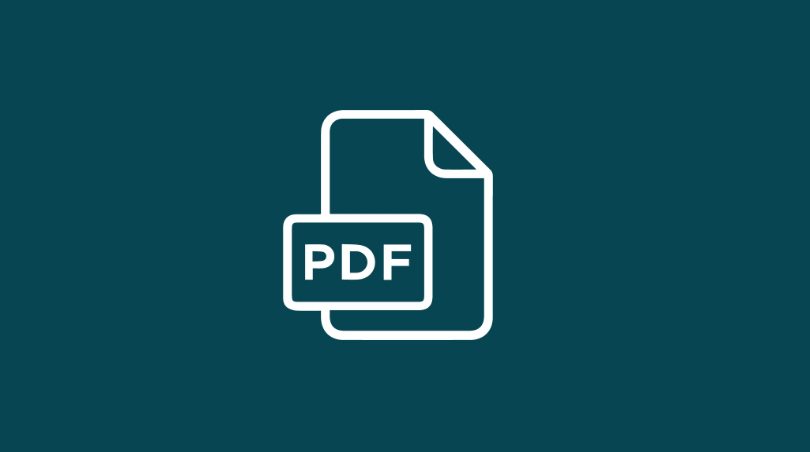 See information , annual reports and read about our governance 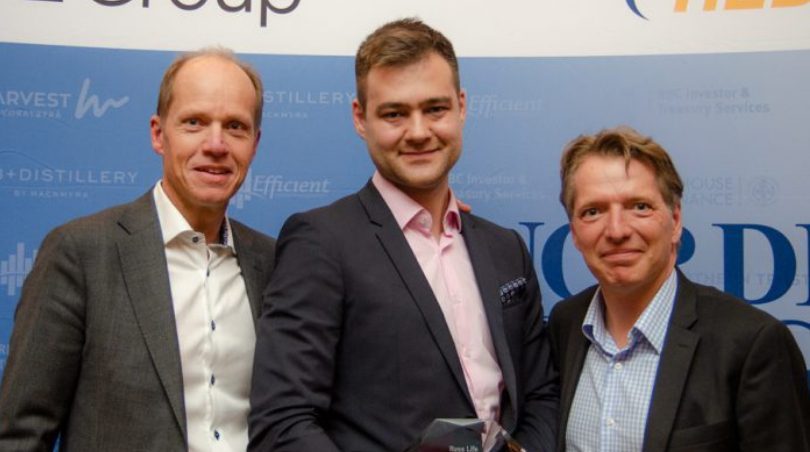 Get to know the team 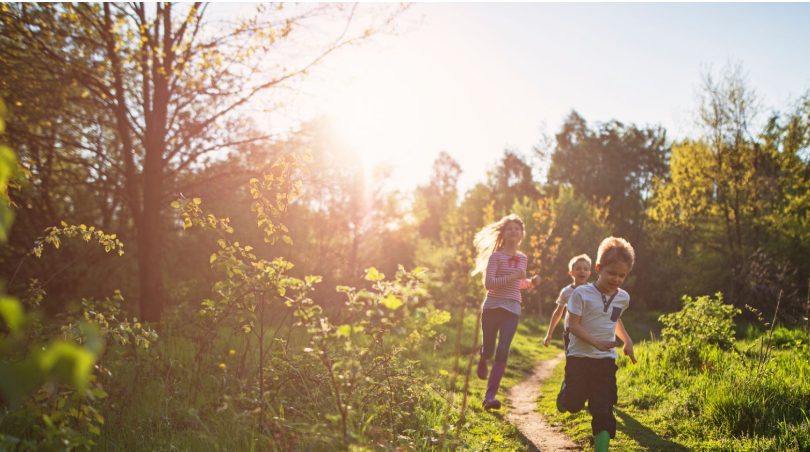 Get to know the team

Our focus is to create attractive and predictable long-term returns for our clients. Sustainability is an integral part of how we operate

Manage Cookie Consent
To provide the best experiences, we use technologies like cookies to store and/or access device information. Consenting to these technologies will allow us to process data such as browsing behavior or unique IDs on this site. Not consenting or withdrawing consent, may adversely affect certain features and functions.
Manage options Manage services Manage vendors Read more about these purposes
View preferences
{title} {title} {title}
Risk Information

Investing in funds is associated with risk and a fund’s historical return is no guarantee of future returns. The value of the fund units can both increase and decrease and it is not certain that you get back the entire capital invested. No account is taken of inflation. Please note that Resscapital AB only acts as the portfolio manager of the fund and that we do not offer any investment advice. The information on our website should therefore not be seen as investment recommendations to investors, or as an offer or invitation to buy, or sell, fund units. You should always review the product sheets, KIID and prospectus before completing a purchase and discuss any investment with a professional investment advisor. By using this website, you confirm that you have read and understood the above information. 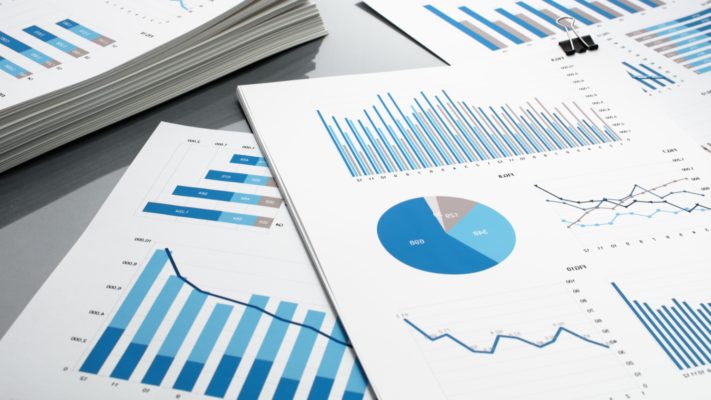